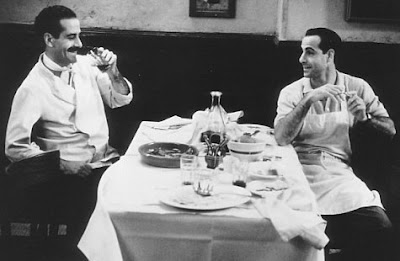 Our editor for Cooking with the Movies, Kristi, lives in Denver, so she is unable to attend the "recipe testing" dinners we host in New York, unfortunately. We would love for her to join us at least one evening soon. In the meantime, to give her a sense of "what she's missing" (and to convince her that we are indeed making good progress toward completing our manuscript on time!), here are some photos of our most recent "big night"--the meal we prepared and presented based on the 1996 award-winning film Big Night. Many viewers consider this their favorite "food" movie of all time. 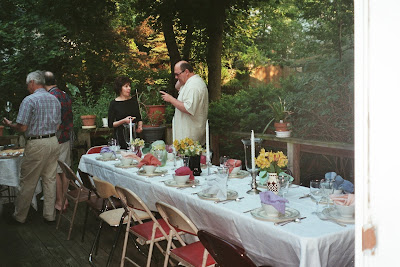 Setting the scene: it was a lovely evening as our guests began to arrive. 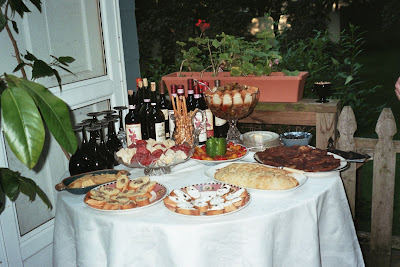 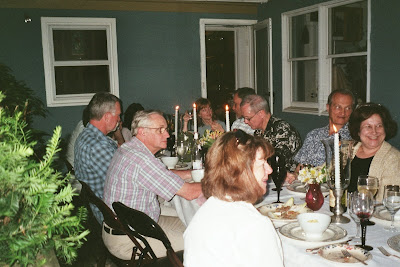 Our guests gathered on our back porch for this sumptuous dinner. 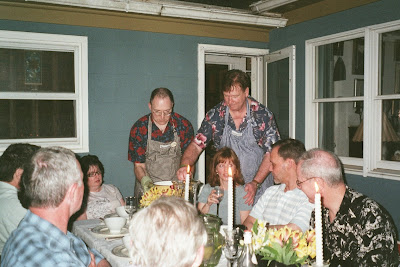 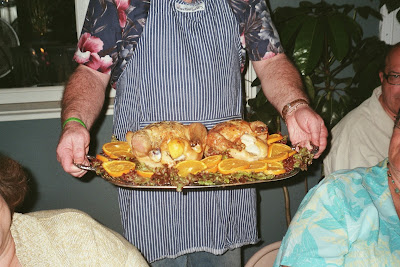 One of the dishes for "il secondo"--Pollo Arrosto (Baked Chicken). 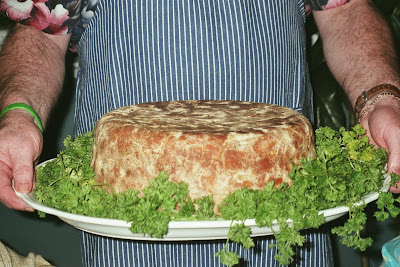 This is the Timpano, the baked pasta creation for which the film is famous. 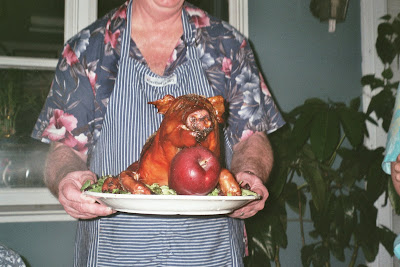 We wowed our guests with Maialino allo Spiedo (Roasted Pig).
I must say, by the end of the evening, after having cooked for two days, we were just too "destroyed" to clean up! But the food sure was good. In the words of Primo, “To eat good food is to be close to God.”
Big Night was released September 20, 1996.
Starring Tony Shalhoub as Primo, Stanley Tucci as Secondo, Minnie Driver as Phyllis, Isabella Rossellini as Gabriella, Ian Holm as Pascal, Campbell Scott as Bob, Allison Janney as Ann, Marc Anthony as Christiano, and Liev Schreiber as Leo
Directed by Stanley Tucci and Campbell Scott
Written by Stanley Tucci and Joseph TropianoAwards: 1996 Boston Society of Film Critics Awards for Best New Filmmaker (Stanley Tucci and Campbell Scott) and Best Screenplay (Stanley Tucci and Joseph Tropiano); 1997 Independent Spirits Award for Best Screenplay (Tucci and Tropiano); 1998 London Critics Circle Film Award for British Supporting Actress of the Year (Minnie Driver); 1996 National Board of Review, U.S.A. Special Recognition Award; National Society of Film Critics Awards, U.S.A. for Best Supporting Actor (Tony Shalhoub); 1996 New York Film Critics Circle Award for Best New Director (Tucci and Scott); 1996 Sundance Film Festival Waldo Salt Screenwriting Award (Tucci and Tropiano)
(Thanks to Pete and Shirley Longshore for providing these photographs of the dinner we served.) 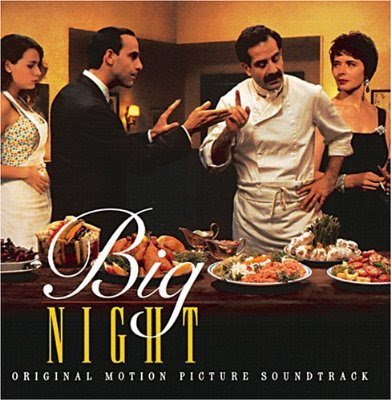 Didn't know you guys were doing this. What fun! And the food looks sumptuous. Hope you don't plan to do THE COOK, THE THIEF, HIS WIFE, AND HER LOVER, though :-)!