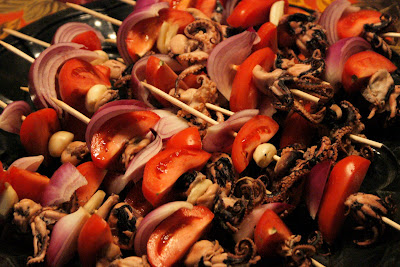 Our most recent cooking endeavor was based upon the food in the film Tortilla Soup. This one expanded our boundaries a bit, for the recipes called for everything from octopus to banana leaves, squash blossoms, and cactus paddles! But it was fun to put together, and it was a great end-of-summer grilling opportunity--the last of the season?--well, who knows what the next movie will require? 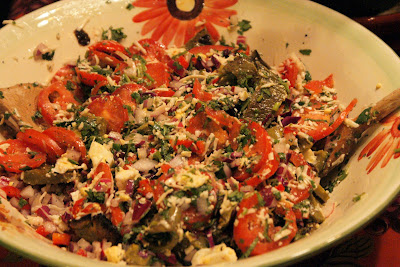 Fun Fact
The chefs who prepared the food served in Tortilla Soup, Mary Sue Milliken and Susan Feniger, are also known as the “Too Hot Tamales,” which was also the name of their series on the Food Network (1995-1999). The dishes they cooked for filming were based upon the menus at their famous restaurants, Cuidad in Los Angeles and the Border Grill in Los Angeles and Las Vegas. 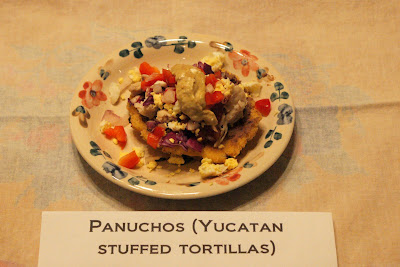 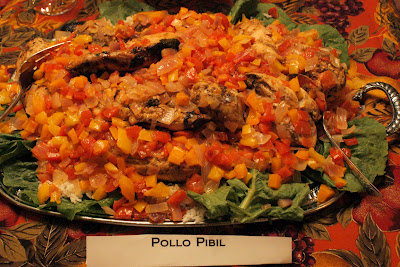 "It's a very sensual film, and the food of course is just a metaphor for all the different characters in the story. We're all very different, and each character is quite unpredictable in their own way."
—Raquel Welch 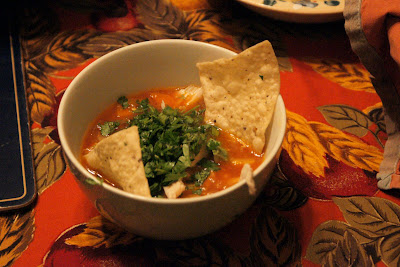 Movie quotations
Do you know why we clink glasses before drinking?... It's so that all the five senses are involved. We touch the glass. We smell the drink. We see its color. We taste it. Hearing is the only sense that doesn't participate unless we create it.--Carmen Naranjo
I love toppings. Sometimes I go to restaurants and I just order toppings.--Orlando Castillo 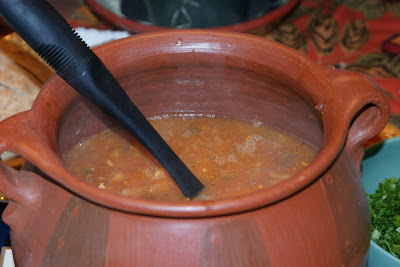 I heard a recipe book was released along with the movie...any clues as to where I can find it? I LOVE that movie...it makes me hungry. :)

Tortilla Soup - Hector Elizondo! Great movie! Always makes me hungry! I can't find an answer to this though: What the heck is that white gourd bowl that he carves out and serves ceviche in?? You know - it's that scene where he starts grilling outside and then salts the octopus. Then it cuts to him carving out some kind of gourd into a bowl to use as a serving dish. Would love to be able to try this out! Hope you have an answer for a frustrated cook! Great blog!

The white bowl he was carving from was a decorative cheese wheel. From the texture & ease with which he was carving pieces from the bowl, it looked like a mexican version of a mozzarella type cheese.

Get daily ideas and methods for making $1,000s per day FROM HOME for FREE.
JOIN NOW