Lady Hester: Look at that ridiculous American monstrosity they’ve given the child. What do they call them? Knickerbocker Glories. Oh! It’s amazing. They can even vulgarize ice cream. 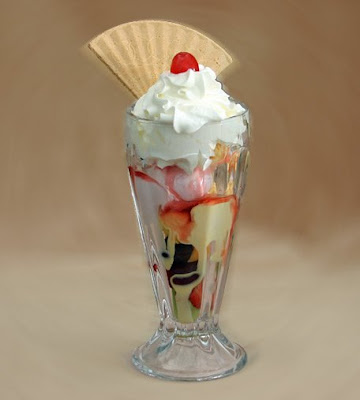 Based loosely on the childhood of director Franco Zeffirelli, Tea with Mussolini traces the lives of a group of elderly Englishwomen who have made Florence their home. When the Fascists comes to power, the group’s ranking matriarch, Lady Hester Random (Smith), makes an appointment to have tea with Mussolini (Spadaro) and thus secures his promise of protection, but when England and Italy go to war, Il Duce breaks his word and imprisons the English nationals. The “Scorpioni” are forgotten in an old Italian hill town, save by Luca (Wallace), whose father had years earlier placed his young “illegitimate” son in the care of Mary Wallace (Plowright), and the wealthy American art collector Elsa Morganthal (Cher), who pays for their room and board until she herself is imprisoned when the United States enters the conflict. 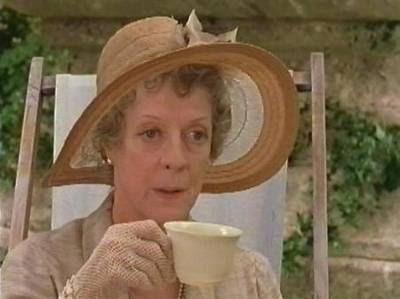 What is perhaps most unusual about Tea with Mussolini is the near complete absence of food in a film featuring life in Italy. Tea, of course, figures prominently in the pivotal scene when Lady Hester visits Mussolini, but it is a very simple affair. Luca breakfasts on bacon and eggs with Italian bread, and he also enjoys a delectable ice cream sundae known as a “Knickerbocker Glory.” Possibly the lack of food is a reflection of the Depression and wartime setting of the story, or maybe it is an indication that despite all proclamations of fondness for their adopted country, the English could never really embrace the essence of Italy, the Italians’ utter abandon to the sensual pleasures of good food and fine dining. 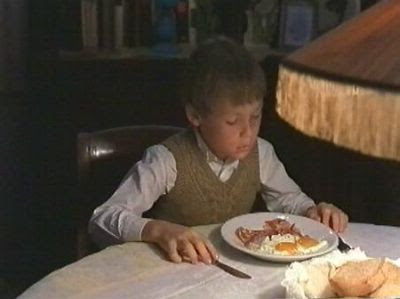 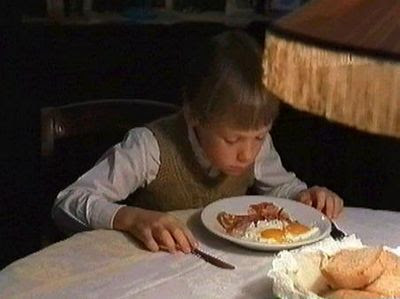 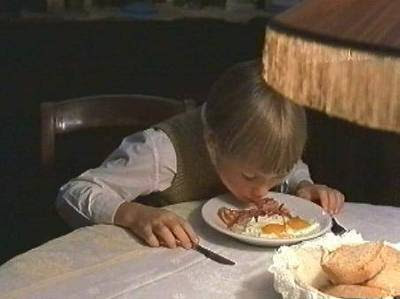 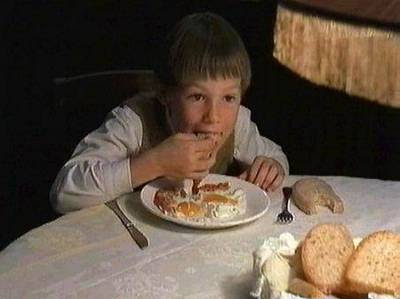 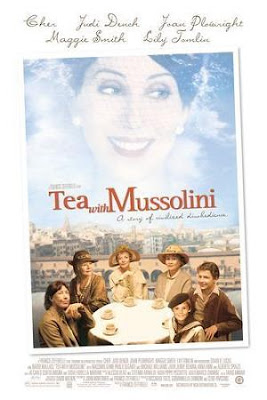