Jones: All I get is milk, milk, milk. Every time I yawn, I’m scared I’ll moo.

Bassenak: Watch now. I show you how to flip-flop the flop-flips.

Bassenak: Such breakfast: sardines. You mad at your stomach, darling? 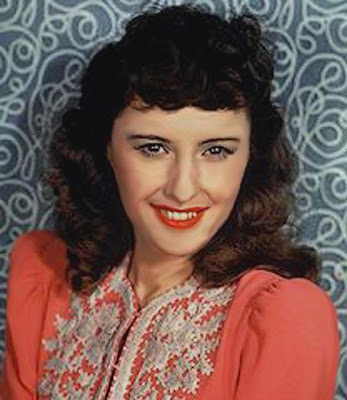 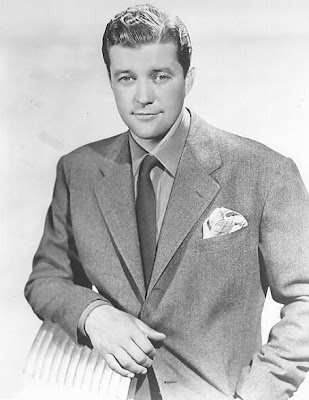 Awaiting rescue on a raft for 18 days after his ship has been torpedoed, Jones (Morgan) dreams about food and envisions his first meal: steak and baked potatoes, asparagus with hollandaise sauce, chocolate cake and ice cream. But the hospital food for the shipwrecked survivor is a big disappointment: a bowl of milk with a raw egg floating in the center—even though his shipmate dines on steak and chicken Maryland. Still dreaming of that special meal, Jones comes across the menu of the month by Elizabeth Lane, “America’s Best Cook,” in Smart Housekeeping magazine: a Christmas dinner featuring fresh fruit cup, olives, bouillon, roast goose Bernoise with walnut dressing and giblet gravy, cranberry-orange relish, buttered green beans, candied sweet potatoes, tomatoes, celery soufflé, hot rolls, lettuce with Russian dressing, and for dessert, mince pie, pumpkin pie, ice cream, old-fashioned plum pudding, fresh fruit, mixed nuts, mints, and coffee—an unheard of feast in wartime America.

Lane (Stanwyck) has a monthly magazine column called “Diary of a Housewife” in which she details domestic life on her farm in Connecticut—what readers don’t know, however, is that she lives in a flat in New York City, basing the descriptions of the farmhouse on that of her architect friend, Sloan (Gardiner), that she isn’t married and doesn’t have a baby, and that she doesn’t know how to cook! Yet her dinnertime preparations are mouthwatering to readers who are still enduring rationing: “I took crisp lettuce, romaine, and crinkly endive from my own garden for my husband’s favorite salad. For this I made a rich, creamy blue cheese dressing. Then to prepare roast duck his favorite way, I rub salt and pepper inside, then brown the duck in its own fat….” Her friend, Bassenak (Sakall), who owns a Hungarian restaurant around the corner from her apartment, provides the menus and recipes: breast of gray dove, sauté with peaches grenadine, chicken soup with Moselle wine—all for “no [ration] points,” an important consideration at that time. 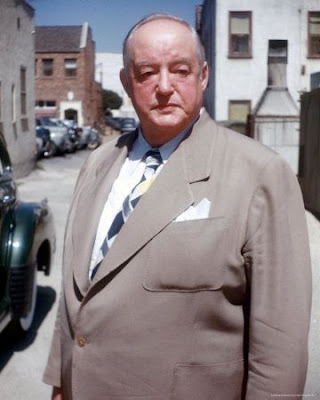 The plot, and the menu, gets complicated when her magazine’s owner, Yardley (Greenstreet), compels her to entertain the shipwrecked sailor at her farm for Christmas: “You can imagine how much it’ll mean to him to have a nice homey Christmas with your wonderful cooking. … I follow your diary faithfully. … In October, when you had breast of guinea hen in Madeira, that was perfection. … And last June’s strawberries Chantilly with rum and egg white. You stiffen the egg white first, don’t you, before you add the rum?” After her fateful meeting with Yardley, Bassenak consoles her with a nice dinner: “Commence with an appetizer. Then I bring some nice chicken Budapest, some Brussels sprouts à la Felix, some potatoes au gratin. … Help yourself, darling. First some nice filet of marinated herring à la crème. … Artichoke hearts vinaigrette. … Bologna. … Horseradish. … Pickled walnuts.” In between the service, Lane agrees to marry Sloan, at his farm, on Christmas, and he agrees to entertain Yardley and Jones for the holiday.
The time at the farm is a comedy of double meanings and hidden identities, but among the most humorous moments are Lane’s efforts to flip pancakes; as Bassenak tells her, “Better you cook on the typewriter.” Under the pressure of an audience, however, she does manage to flip one perfectly—with her eyes closed!
Although the film does not depict Christmas dinner, it promises to be something extraordinary: potage Mongol, roast goose Bernoise, walnut stuffing, with the rest of the trimmings mentioned in Lane’s article.
Christmas in Connecticut was a great hit at the time of its release. Like most Hollywood films of the era, this amiable farce feeds audiences with laughs, romance, holiday cheer, and the promise of delectable meals, even if the heroine can’t cook. As Lane tells Bassenak, “You know, Felix, some time I’m gonna take time out and learn to cook like you do”; but he admonishes, “No, no, darling. Then you would find out it is not the way you write now. All easy and fun and--. Don’t cook.” 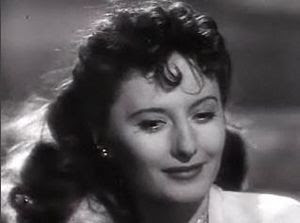 Thank you! I love the movie and have watched it many times, but I couldn't figure out what "no points" meant.

I enjoyed your comments and food and menu details very much. My wife and I host an annual themed Christmas Party and this year the theme is "Christmas in Connecticut", and we're looking for decorating and party ideas. Thanks for your posting.

What was your menu?