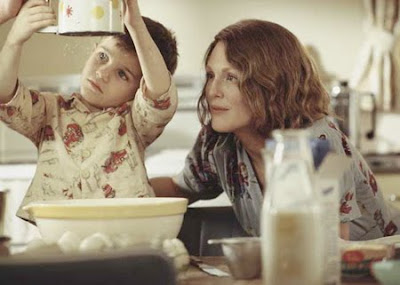 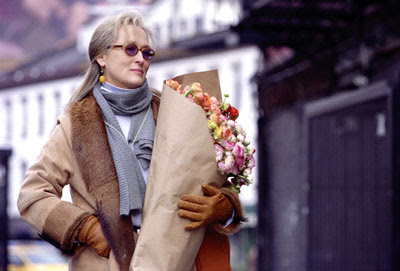 Based on the award-winning novel of the same name by Michael Cunningham, The Hours is a dense movie that interweaves three narratives: that of Virginia Woolf (Kidman) in the midst of writing Mrs. Dalloway in 1923; that of Laura Brown (Moore) in the midst of reading Mrs. Dalloway in 1951; and that of Clarissa Vaughan (Streep) in the midst of living as Mrs. Dalloway in 2001. Both the book and the film address existential questions with which many people grapple: How do we spend the hours at our disposal? Are these hours paradise or prison, joyful hours spent with loved ones or empty hours endured with loneliness? Can we even choose which they will be?
In The Hours, as opposed to many other movies, food is not capable of healing pain or filling emptiness, for the great feast that Clarissa prepares for her friend, Richard’s (Harris), celebration has to be put aside because of an unexpected death. Not even her “crab thing” can ease the passing—some pain is too deep for food. Thus, the movie shows the feast only as it is being packaged up, the crab dish as it is being tossed into the trash. The shot at the beginning of the film of the large crabs crawling over one another in Clarissa’s kitchen sink is, however, quite memorable. 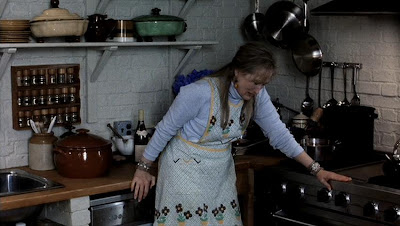 Released 2002
Directed by Stephen Daldry
Screenplay by David Hare, based on the novel of the same name by Michael Cunningham 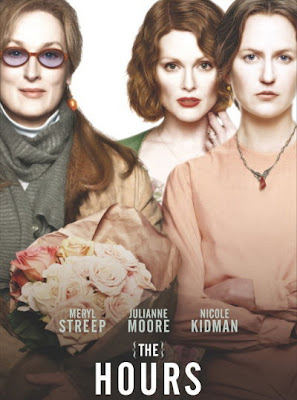 Posted by Anthony F. Chiffolo and Rayner W. Hesse Jr. at 4:40 AM