We've prepared this several times in the past, but it's so good, it's worth repeating. This is an apple torte based on the film Big Eden directed by Thomas Bezucha. (We had planned to include Big Eden in Cooking with the Movies, but we ran out of space in the book. But petition the publisher for a sequel!) 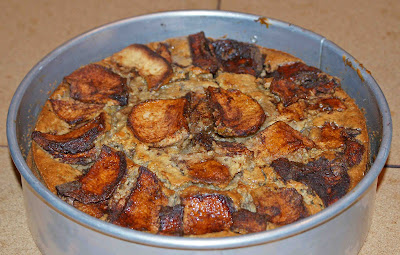 In a small frying pan, melt half the butter and fry the apples in it until soft, about 3-4 minutes on each side. (Do not allow to burn.) Pour out into a large bowl, and mix together with the remaining butter and all other ingredients.

Generously butter a 9” round funnel cake pan. Pour the mixture into it.

In a large bowl, combine the topping ingredients. Individually place each apple slice on top of the cake mixture, in a fan shape, or some other clever way.

Bake for 60 minutes, or until the center is set. Allow to cool on a wire rack before serving. 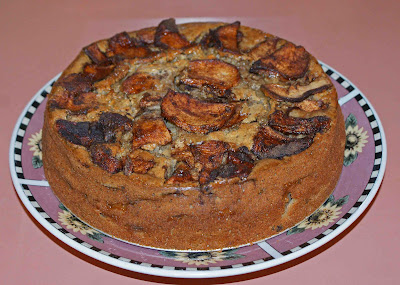 Written and directed by Thomas Bezucha

First of all i am saying that i like your post very much.I am really impressed by the way in which you presented the content and also the structure of the post. Hope you can gave us more posts like this and i really appreciate your hardwork.