Doctor John Brown: I see you didn't touch your dinner. Sue Ellen is a horrible cook, but my son and I put up with her food. Of course, *you* don't have to.

Doctor John Brown: My aunt is as deaf as a post.
Tita: Then how can she carry on conversations?
Doctor John Brown: She reads lips, but when she is eating, she is too preoccupied to notice anything else. Watch. [shouts] Tia Mary, I’m marrying Tita because the poor girl is crazy. [Tia Mary continues eating.]

So for New Year's Eve, we decided to do recipes from the film "Like Water for Chocolate," based on the book of the same name that comes from the Mexican "magical realism" writing tradition. The movie is a bit strange, but the food is amazing: Tortas de Navidad, Sopa de Fideos, Caldo de Colita de Res, Mole de Quajolote con Almendra y Ajonjolí, Champandongo, Chocolate y Rosca de Reyes, Frijoles Gordos con Chile a la Texcucana, and more. One thing we learned that's very important: when converting from grams to cups, the conversion for flour is different from the conversion for sugar is different from the conversion for nuts is different from.... Our mistake turned the wedding cake into an egg frittata--which was very good with salsa, but not what we had intended! But we made the correction, and the cake was a splendid success. Here it is: 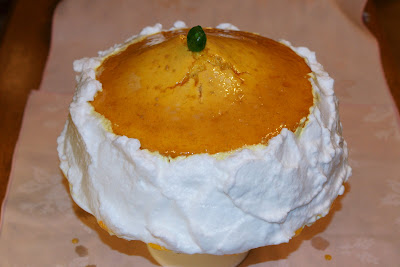 This is the Three Kings' Bread, also delicious: 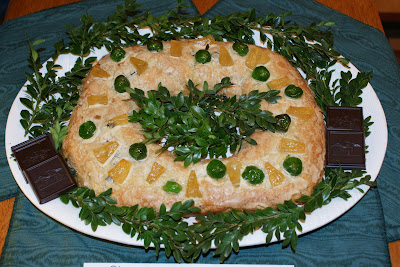 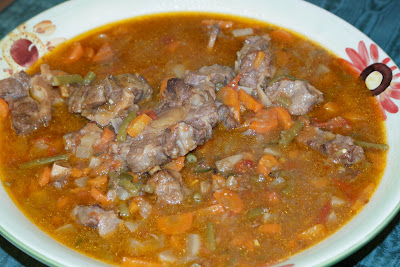 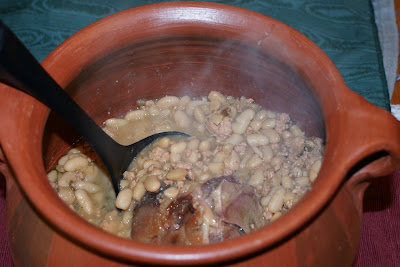 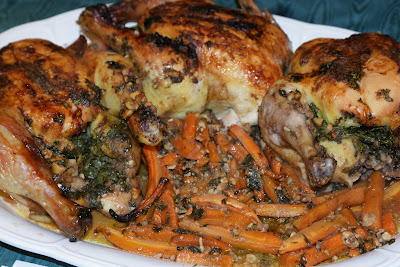 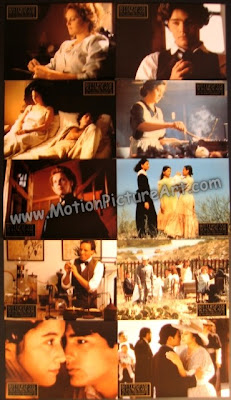