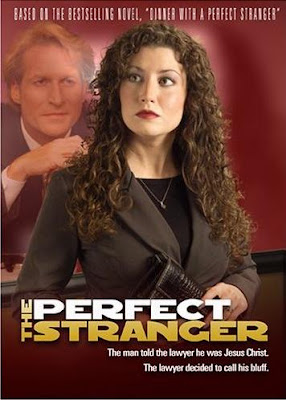 Nikki: Can you turn this wine back into water?
The Stranger: No problem. (holds up her glass, looks at it, then hands it to the waiter) My friend here has decided she’d rather have another glass of water than this wine.
Eduardo: Certainly, sir.
Nikki: Never mind. (takes the glass back from Eduardo) Very funny. 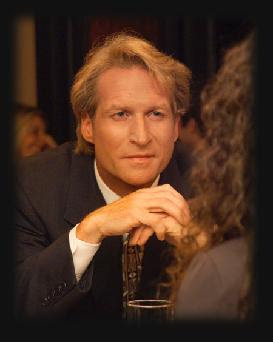 The Stranger: I think I’m gonna try the salmon.
Nikki: ‘Cause it’s Friday?
The Stranger: Good one.
---
A pale shadow of My Dinner with André, The Perfect Stranger portrays a dinner conversation between Nikki (Brumley), a world-weary attorney, and a stranger (Moore), who claims to be Jesus. As with its predecessor, the film features dialogue (an extended Christian apologetic) over food—but the dinners that Nikki and Jesus order do sound very appetizing: stuffed mushrooms, Mediterranean salad, manicotti, tomato and artichoke soup, tortellini salad, salmon filet, cannoli, and strawberry amaretto cake. As Nikki comments, “Beats the bread and wine!” 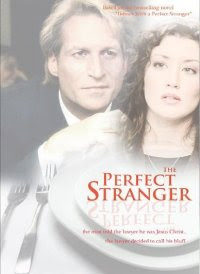 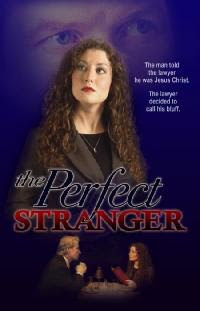