A Tale of Ham and Passion (Jamón, jamón) 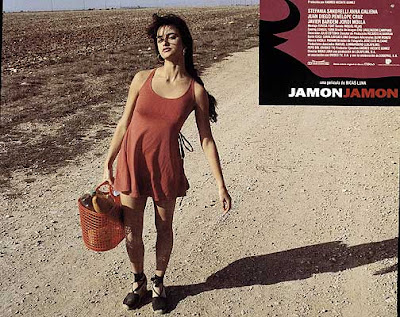 Raul: Did you know ham increases your sexual drive? 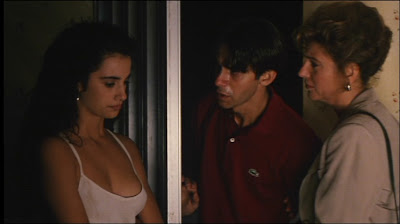 Director Bigas Luna’s Jamón, jamón is a quite provocative film in which food embodies both human sexuality and conflict. Silvia (Cruz, in her debut movie role) tells her boyfriend, José Luis (Del Rio), that she is pregnant and is delighted when he proposes to her. He, however, is heir to a successful men’s underwear manufacturer and is unable to stand up to his mother’s objection to his engagement; he is also unwilling to end his sexual dalliances with Silvia’s mother. To block any possibility of her son’s marriage, his mother hires Raul (Bardem) to have sex with Silvia; but she (the mother) falls for Raul, while he falls for Silvia—and she for him. The love “triangles” shift time and again—even José Luis’s father gets into the act. 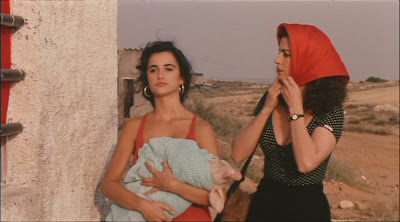 As noted, various foods symbolically advance the plot and the viewer’s understanding of the characters. Raul works as a delivery man for a ham supplier and indicates to Silvia that ham increases one’s sex drive, but he also believes that garlic is “the best thing for bullfighting and screwing.” In the height of making love to Silvia, José Luis cannot decide whether he prefers her “omelettes” (tortillas) or breasts. When José Luis shares a platter of snails with his father, the older man asks when his son is going to stop doing what his parents tell him to do. Finally, Raul and José Luis come to blows over their love for Silvia, using whole hams as weapons—it’s a bizarre fight scene but perhaps a fitting ending to a film that is simultaneously erotic, gross, hilarious, and surreal. 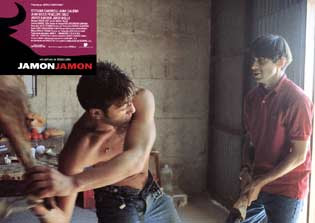 Fun Fact:
The Spanish word jamón means “ham,” but it is also used to refer to a “sexy woman.” 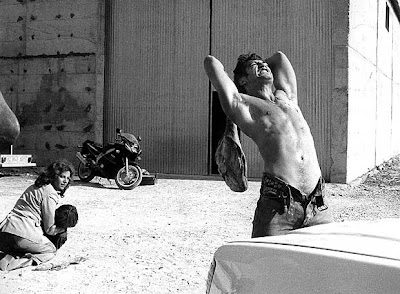 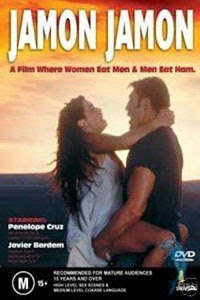