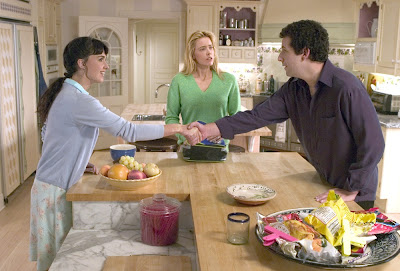 Clasky: “Four stars and I’ve never been more unhappy.”
----
Flor: “I will remember every taste forever.” 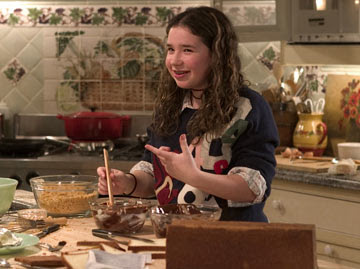 Spanglish is a film about the intersection of cultures, depicting how Latinas navigate their way through the Anglo world of southern California. Although John (Sandler) is a highly acclaimed chef whose restaurant earns a four-star review from The New York Times, the movie focuses on interpersonal relations and conflicts—with his wife, Deborah (Leoni); his housekeeper, Flor (Vega); and his daughter, Bernice (Steele). Nevertheless, the director (Brooks) tantalizes the viewer with all-too-brief shots of what this amazing—“fabuloso” is Flor’s word—chef can whip up in a matter of seconds: lamb chops with asparagus; a sandwich of tomato, lettuce, fried egg, and melted cheese on Italian bread; a platter of pears, brie, dill pickles, and olives. It looks so easy, and viewers will be tempted to go straight to the kitchen when the film is over to duplicate these appetizing dishes. 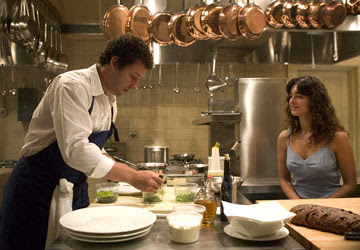 Fun Fact:
One thing that makes Spanglish unusual is that it was shot in sequence—that is, the scenes were filmed in the order in which they appear in the movie. Few movies are filmed this way nowadays. 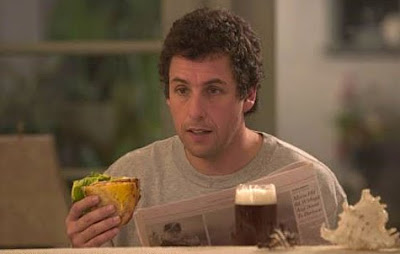 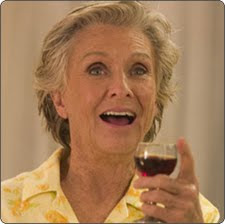 Awards: 2005 Imagen Foundation Award for Best Supporting Actress-Film (Bruce); 2004 PFCS Awards for Best Performance by Youth in a Leading or Supporting Role-Female (Steele) and Breakout of the Year-On Screen (Vega) 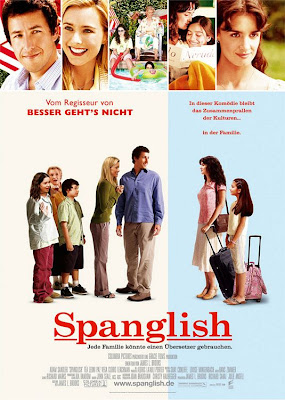