Another "Food" Film without Food 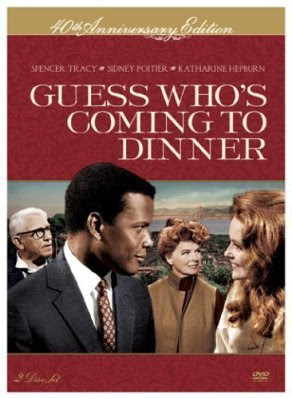 “Well, Tillie, when the hell are we gonna get some dinner?”
--Matt Drayton

Guess Who’s Coming to Dinner is another film with a meal in the title but no food in the movie. True, the plot centers around a young woman’s decision to bring her fiancé home to dine with her parents, and her further decision to invite his parents to join them all, but the “problem” facing these families (he’s African American, she’s white) keeps them away from the dinner table until very late in the evening. By the time they do sit down to eat, three of the four parents have come to accept that though it may not lead to an easy life, true love is “colorblind.” The viewer is left with hope for the future of the young lovers but only the promise of the fine meal that has been prepared for this momentous evening, a meal that was to feature turtle soup, beef tournedos, and home-baked pie. The only food shown on screen is a light lunch of sandwiches, soup, and coffee and a drive-in snack of fresh Oregon boysenberry sherbet and coffee, so moviegoers would probably have applauded Matt Drayton’s final question, “When the hell are we gonna get some dinner?”

Important Facts:
Guess Who’s Coming to Dinner was Spencer Tracy’s final film, but it was the first for Katharine Houghton, Katharine Hepburn’s niece.
This was the first movie to show an interracial kiss, a daring step in 1967 America.
Isabel Sanford, who played Tillie, appeared as Louise Jefferson in the hit TV shows All in the Family and The Jeffersons. Beah Richards, who played Mrs. Prentice, starred with Sidney Poitier in 1968’s In the Heat of the Night. 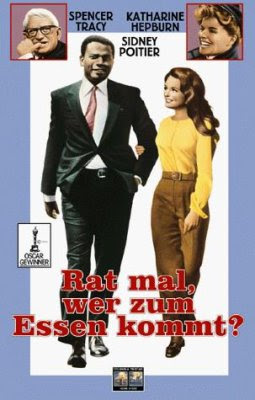